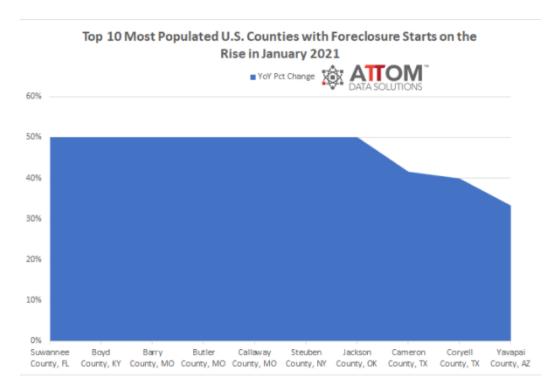 Top 10 Most Populated U.S. Counties with Foreclosure Starts on the Rise